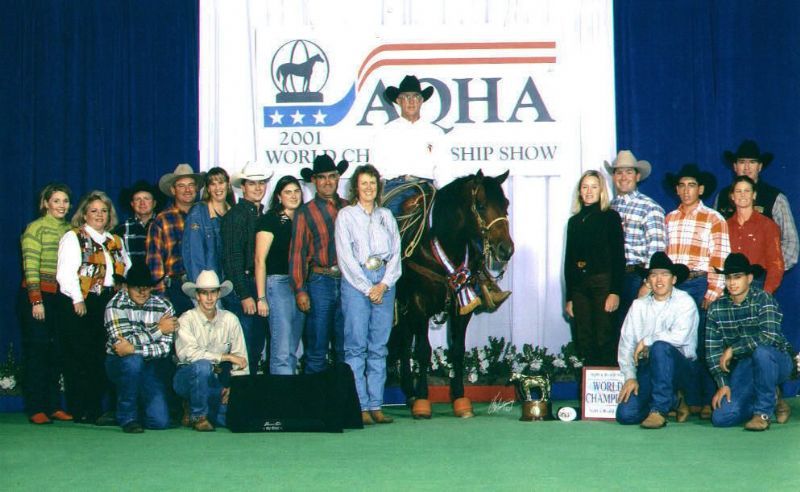 OSU Pistol Pete was born March 4, 1995 at Oklahoma State University. It was no accident that "Pete" proved to be such a great performer. His dam - Maria Rey Doc had already produced world show quality offspring - by Harlan Okmulgee. OSU Miss Tom Harlan - a 1988 bay mare was purchased by Elsworth and Kathy at OSU's first production sale. OSU Miss Tom Harlan was trained and qualified by Elsworth in the Jr. Tie Down Roping. OSU Miss Tom Harlan was sold before the World Show and under the capable hands of Jess Elrod. She became the 1992 AQHA World Champion Jr. Tie Down Roping Horse.

The Harrisons then purchased a full sister named OSU Sonny Rey Girl. She was trained and qualified by Elsworth. At the 1994 AQHA World Show she would finish 4th in the Jr. Tie Down Roping, with Elsworth showing her.

When Pete was purchased from OSU he was just a weanling . Dr. Don Topliff was head of the horse program at the time. He contacted Elsworth and told him he needed to come and look at this colt. Elsworth said, "Don, you need to name this colt a real catchy name because he's going to do great things." Don told Elsworth he could name the colt and Elsworth said "OK" then named him "OSU Pistol Pete."

Pete would follow his sisters in the show ring and exceed what either one accomplished.

Pete qualified for his first world show in Jr. Tie Down Roping in 1998 as a 3 year old. He also received his performance Register of Merit.

Pete again qualified in 1999 in the Jr. Tie Down Roping, Jr. Heading, and Amateur Heading. He also received his Amateur Superior Heading Award that year.
In 2000 Pete qualified in four open events which qualified him for the Super Horse competition and two amateur events. Making the finals in two amateur events and one Top Ten finish in the Amateur Breakaway.

The year 2000 ended successfully with Pete winning a GMC truck for High Point Jr. All Around and winning the Jr. High Point Tie Down Roping Award. He received Superior Awards in the three roping events; Jr. Heading, Jr. Heeling, and Jr. Tie Down Roping; and his Open AQHA Performance Championship. He also had Top Ten High Point Awards in Heading and Heeling. With Kathy helping out in the Amateur Division, he ended the year with a 2nd place High Point Heading Award and 6th place High Point Breakaway.

In 2001 Pete would again qualify in Sr. Tie Down, Sr. Heading, and Sr. Heeling. Just barely missing the top 15 Finals in Sr. Heading with Kathy showing, he qualified in Sr. Heeling and emerged as the World Champion Sr. Heeling Horse with Rick Rosaschi at the reins. Kathy showed Pete in the Amateur Heading and Breakaway and made the Finals in both events. Pete and Kathy ended up 7th in the Breakaway roping with a quick 2.63 run.
Pete would qualify four more times for the World Show and end his career with over 680.5 points in Open and Amateur competition. He also compiled over $63000.00 in winnings as well as many Open and Amateur Awards, Top Ten World Show finishes, and High Point Awards.

Pete has been featured on ESPN telling about the OSU Horse Program and the notoriety he has brought the college. He has had articles written about him and his accomplishments published in the OSU Ag Alum News Vol. 19 Number 2 - Fall 2001 and The Cowboy Journal Vol. 4 Number 2 - Fall 2002. AQHA asked Pete to do their commercial for the 4ahorse.com. In the commercial a young 12 year old girl rides and leads Pete and he performs in his unique way.

Pete is a very special horse and he is passing his great attitude and winning traits to his foals. We feel blessed to have had the opportunity to own such a great horse. That small weanling Elsworth looked at in April of 1995 did indeed turn out to do "great things" under Elsworth's training and guidance. 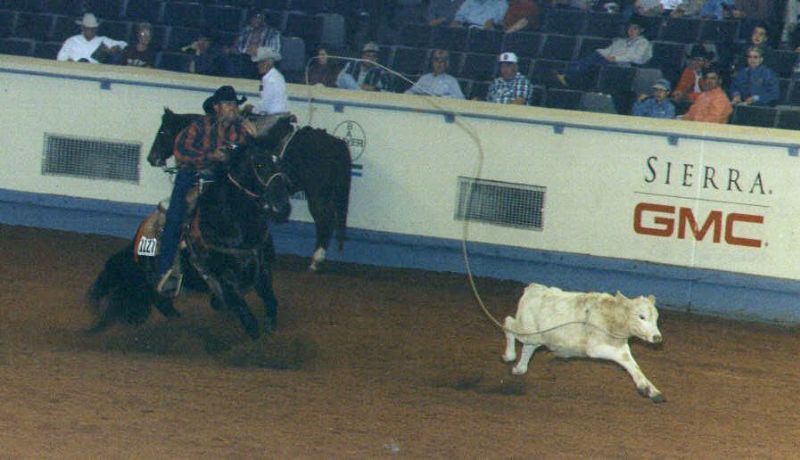 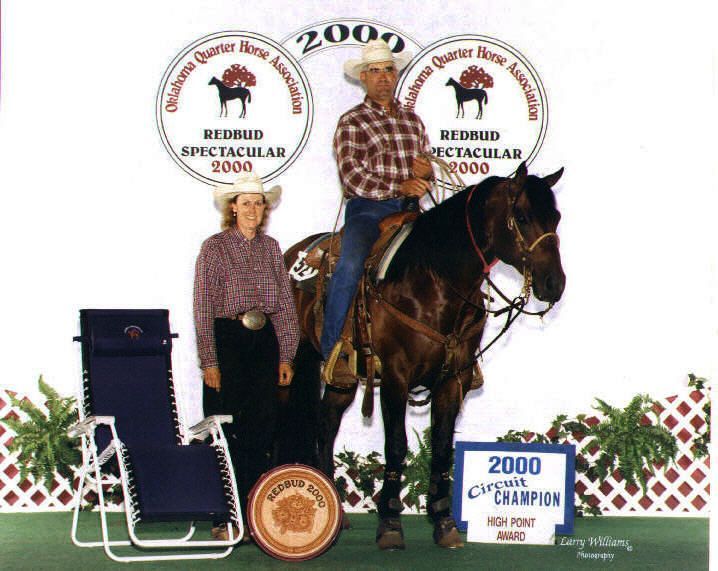 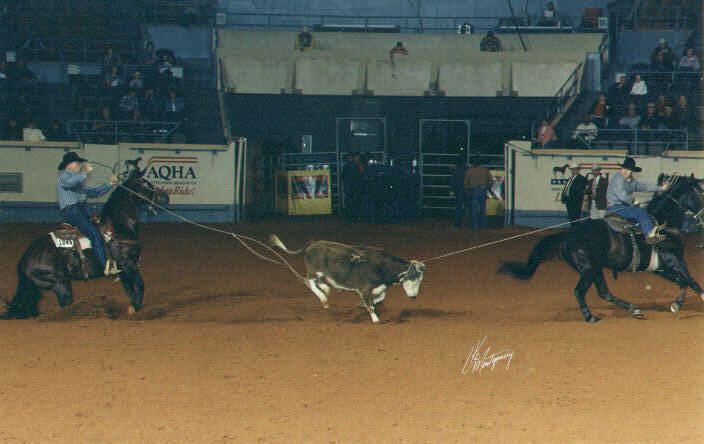 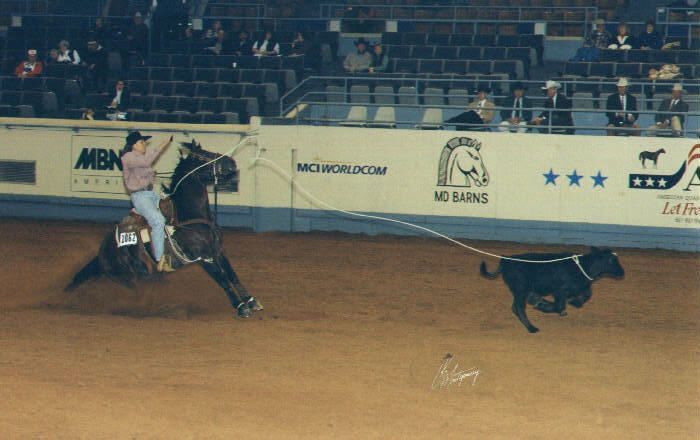 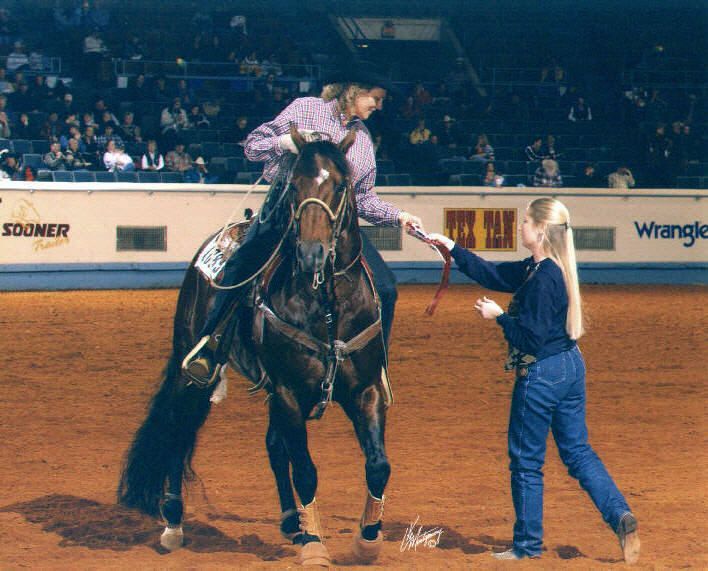 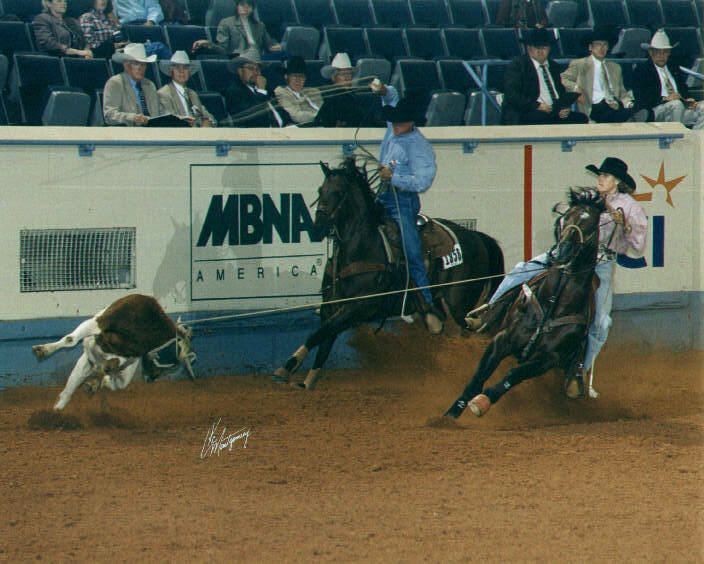 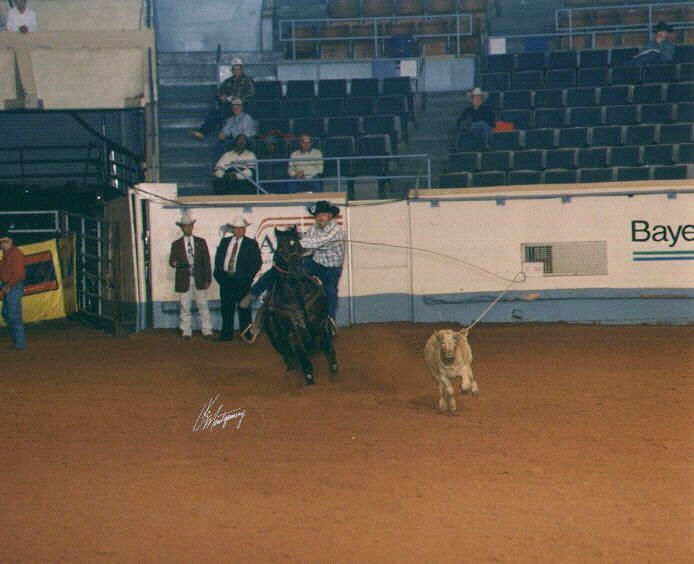